By jonathan on October 10, 2012 in Uncategorized 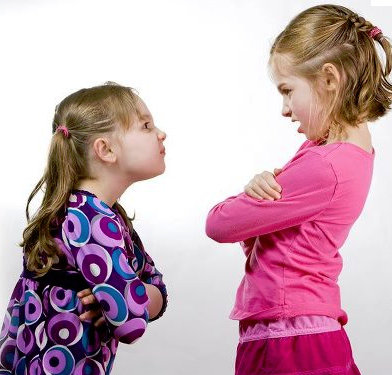 Hard as we’ll all try, our second child doesn’t get the same attention the first child gets.  This is partly a time issue, but honestly some of it is also a lack of energy.  Face it, we are on our best parental behavior with the first child. We want everything to be perfect and somehow believe  perfection can be achieved.  Our parents couldn’t do it because they were total idiots.  But not us!  We are capable, enlightened 21st century parents. Unfortunately, by the time the second child comes around we have given up on perfect.
Suddenly our parents weren’t that bad, they were just doing the best they could.  And we are just so exhausted that “because I said so” and “NO!” become common phrases.  Frankly, we just want to survive.  Sometimes surviving means ever so slightly skimping out on the second child.  I really hate admitting it, but my younger child doesn’t quite get the same undivided attention as our older one.  And then the guilt sets in.  I am a younger child  and not even capable of protecting my own younger child from SCS.  I swore I would, and yet, I can’t. What kind of parent am I??  Harikiri anyone?
My younger child, Piper is 4 years old.  Let’s just say the love I feel for her makes my body want to explode – both with joy and frustration.  Sometimes I feel like I am looking in the mirror.  Yes, she looks like me, but she also ACTS like me.  How so?  Well let’s see.  She is very independent, thinks for herself, can play on her own for hours, doesn’t mind being along and wants to do things her own way.  She also is very attention hungry (on her terms and only then), outwardly loud with her emotions and demands 100% of your attention when she is talking to you.
Even at age 4 she says, “Daddy, did you hear my words? Did you hear what I just said?  Tell me, what did I just say?”  Uh-oh.  Getting a pop quiz from your 4 year old while you’re checking your email on your iPhone is not good parenting. I don’t need any of you to tell me that.
But this is what happens when you put together 2 people who both suffer from second child syndrome.  We both have selfish needs.  In this case, I constantly remind myself that my primary role in the world is no longer “second child”.   I am now a parent.  And a parent to a very adorable, irresistible and sometimes demanding 4 year old named Piper who is currently suffering from Second Child Syndrome, aka SCS.
So to all of you Adult Children of Second Child Syndrome, aka ACSCS, I humbly submit, that we too can take a closer look at how this emotional relic may have an impact on our younger child.
I guess when I set out to write the Call Me A Nerd record, I thought it was just for my children.  However, it becomes more and more evident that it is for the little child in me as well.  Does that make me a self-involved turd that I can take something like a kids record and make it about myself?
Oh well, I am a second child after all.

View all posts by jonathan →
← There’s a 9-month Gestation Period for Music Too
Our mini-tour (through Los Angeles!) →